Sabre is unlike foil and épée in that hits are made with the edge of the blade rather than the point. This is because it is based on the cavalry sabres of old.

As this was used on horse back, only the area above the waist could be hit and so the target area for fencing sabre is the top half of the body as shown in the diagram.

Like foil, sabre use right of way rules meaning that in the event of a double hit the person starting the attack first gets the hit.

Sabre is the fastest of the three weapons with hits lasting a couple of seconds at international level. It is also the only weapon in which you are not allowed to cross your feet whilst moving forwards. 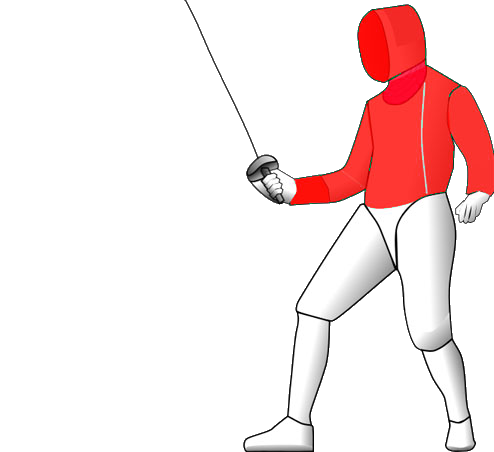